Ah, re-entry. I’ll use the metaphor of that awesome Philae probe landing on a hurtling comet to announce myself back in the world: where are my harpoons?! (I would also sing for you. Like this.)

Fortunately, like the Philae, I’ve made a ‘fairly gentle landing’ and I’m curious all over again about what’s what. This old, familiar terrain is new again. And because I’m more human than machine, I get to feel out the sensations of shift even as I operate ground control. Whoop!

So what am I on about? For two weeks, I camped and learned at a phenomenon I call hippie-yoga camp. I do it twice a year with the American Viniyoga Institute’s Foundations for Yoga Therapy program. We are a strange batch of yogis. If yoga remains in anyway subversive, this form of yoga is perfectly tailored—or, maybe, purposefully left seamless—for the misfits.For two weeks, we discuss body mechanics, the physiology of the breath, yoga philosophy, sequencing skills and a bit of esoterica. The asana practice, while understood as the gateway for the west into yoga, is taken fairly lightly. We don’t pretend that perfection is possible. Not in the physical manifestation of a pose or in the emotional result. We are flawed and deteriorating bodies. Our goal is to rot gracefully, as free from our neuroses, attachments and silly limiting behaviors as possible. The time we spend cultivating this grace is what yields the grace itself.

(I won’t prattle on about how much I’d like the training to go on and on; you can snoop on my love letter yourself.)

When the two weeks end, we disperse to our worlds. The worlds where we didn’t/don’t fit so well. We try to figure out how to fit again with this insight into the things we really should leave behind.

So here are some impressions. The rocks and dips around me matter far less than my internal topography. Which is to say: what is outside me is all perception gathered by my busy, seeking mind, which, in its great hubris, has decided to identify as me. The thing is, my mind is overstepping its place.

What I am isn’t a matter of the elements around me but an inherently balanced energy within. Because my mind is so damn communicative, however, I’ve listened to it for most of my years. What a nag. Let this be a lesson to us highly verbal humans: watch the word count else others begin to believe our bullshit.

Being heard has given my mind power to say that it knows how to describe my nature better than anyone else. It says things like, ‘you should be really worried’ and ‘people probably don’t want to read this blog.’ Oh mind of mine: please hush yourself.

I write this now because I’m highly aware that the privilege of hippie-yoga camp is the access to these kinds of insights. As time distances me from the wild turkeys who accompanied me down the hill every morning, and the deer who gathered at my campsite like I was some sort of Snow White, my mind will probably regain some control. Or maybe I’ll be able to keep it at bay? Asana is a start. Pranayama is a whole other experience in silence. And the moment after I let go of controlling the breath? That’s the glimpse of quiet that I’d like to grow.

Defenses usually dismantle upon observation, just like monsters in the closet. And if the mind is offering anything to any of us, for the most part, it’s a fortress hiding the light of our true nature. With practice and letting go, these obstacles clear up.

Patanjali said, abhyasavairagyabhyam tannirodha. My teacher says that it’s practice that allows the letting go. So, onward to the yoga. In all of its forms. It is the cause and effect of innate faith. 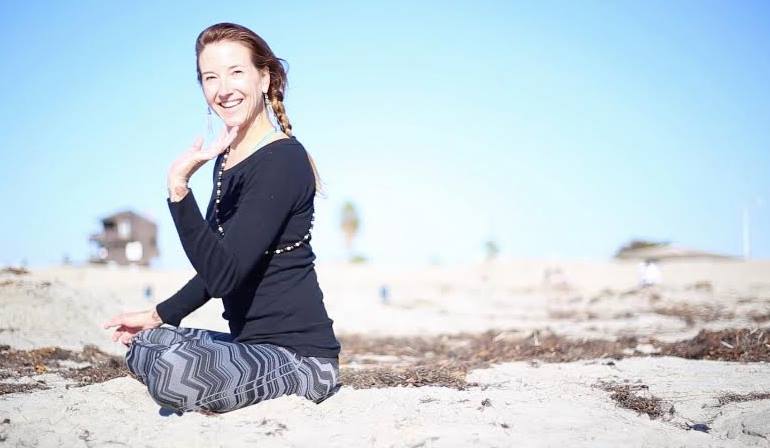